Every once in a while there’s an event going on that catches my attention through social media, because where else does one get their information from? A few months ago or so, I came across a flyer on Instagram for Mass Appeal called “Music Video Nights.” I had no idea what it entailed besides the topic of music videos obviously. The reason why this particular flyer caught my attention was the familiar faces of Dreamville’s own Scott Lazer & Anthony Supreme.

Don’t turn away from the article now, you’re already here.
Scott Lazer is well-known among Dreamvillains (Dreamville fans) for his music video creations within the camp, as is Anthony Supreme for his epic photography. Now, it’s not to say I’m a fan of these creatives simply because they’re associated with Dreamville (although that is how I found out about them), I became a fan because of their creations. Most of which happen to be with Dreamville.. hehe

If you’re a Dreamvillian then you might (should) be familiar with the “J. Cole: Road to Homecoming,” “Apparently” music video, Cozz’s “Grow” music video, & so on. I can literally go on for a good few minutes & name every music video production that Lazer had a hand in that I enjoyed, which is when I began to take interest in his career.

I stumbled upon Supreme the same way, as the social media accounts of my favorite artists would consistently credit him for photos & interact with him on the timeline. I knew he was held in very high regard to the Dreamville camp & with his dope photos that inspired me, I too began to look at him in that same light.

Mass Appeals’ Music Video Night began with a video mix by DJ Hella Kitty featuring videos from A$AP, Buddy, SZA, & Royce Da 5’9. Giving credit to each artist & director of the visual, it was intriguing to see this little montage as some of the videos I had never seen before. Then the introduction of the special guests began..

Both creatives took the time to speak about where they grew up & how they got started in their career. They’re both natives of North Carolina & made their way to the city of Los Angeles.

Scott Lazer spoke of the many aspects of film one can get into from documentary series & TV shows, along with the different kinds of work one can lend a hand in.. From the stage crew, writing, & editing; everything is a team effort & one can become involved in whichever way they’d like if the skills are there.

When it comes to directing, I don’t see myself taking on that position at all in life but as the saying goes ‘never say never.’ One could say my vlogs are a ‘form’ of directing but sheesh, those need a whole lot of work. The only time directing crosses my mind is during a bad movie adaptation of my favorite book or on a trip to Universal Studios.

It has crossed my mind when it comes to music videos though.. Hearing a song, taking in the lyrics, & having my mind go crazy on how it should be portrayed. It hardly ever happens the way I picture it though, but a girl can dream, right? Anyway, the perfect person for me to hear speak was Scott Lazer. 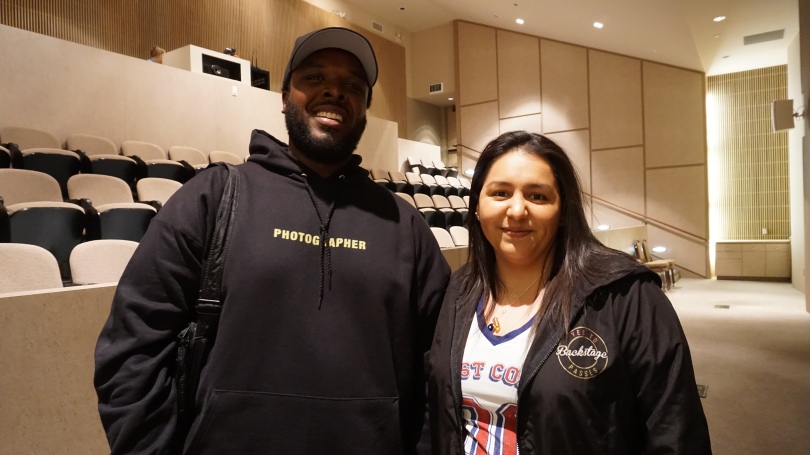 I told myself at the end of last year that 2018 was going to be the year I take photography more seriously. Sure, I don’t have the best camera in the world but I’ve been told time & time again ‘it’s not the camera, is the one holding it.’ (Which Supreme confirmed for me, along with other tips.) As of right now, I don’t have much luck operating it compared to others but that’s slowly changing. (Emphasis on the word slowly.)

With going to shows & doing my best, along with taking photos during studio sessions it’s not something I can see myself actually making a living of off; but it’s a hobby I enjoy. Anthony Supreme has done wonders in inspiring me to capture that awe moment during shows. I don’t know exactly how he does it but I’m thankful that he does.

Anthony Supreme spoke of what being a photographer entails, along with establishing a relationship with an artist or other creatives to build a trustful bond. To not be fearful of creating with an artist on the come-up because the friendship/work relationship can grow from there.

He spoke of being on the road with J. Cole & other Dreamville artists while figuring out a way to capture every show with significance, even though every night it’s the same exact show. 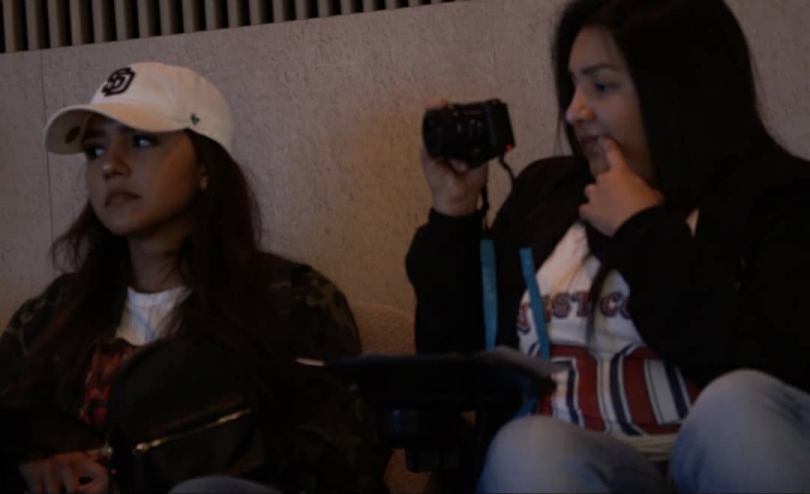 Being that I’m currently in the phase of gaining my own stripes within my teams as an aspiring-whatever-it-is I am for the week, it was awesome to hear from members of the team I’ve dreamt of becoming a part of. Knowing how tight-knit the Dreamville camp is, it was amazing to get a little insight on how both these creatives contribute.

It’s one thing to know that yes, everyone struggles on their come up, some in more ways than others. None the less, obstacles are a part of the story & one must go through them to achieve their goal. Not only was hearing Scott Lazer & Anthony Supreme speak inspiring to me, but it reassures me that the journey I’m taking has been taken before & the possibilities of how it’ll turn out can & will be endless.

I took away more than I thought I would that night.. I went in with the intentions of meeting these creatives, asking them a few questions, & going that’s it. Both of them taught me a little something about myself & what I need to do to improve, not only for myself but for the people I’m working for & who I’ll work for in the future.

I’ve always known but was reminded that editing is very important. Lazer stated, “The edit is where your film comes together, or falls apart.” I have applied that thought to my vlogs, recap videos, & photos when I feel the urge to post just to post. Supreme added that knowing how to do multiple things is great as well.

I went home feeling inspired as I always do, now it’s up to me to add fire to that inspiration & keep from getting discouraged as the days pass.

You can watch the Mass Appeal Music Video Night below & be sure to follow them on social media to stay updated for upcoming events!

RIP MAC P! 👼🏼 I can’t believe this... You were truly the sweetest. 💕 Praying for everyone that was touched by your light & talents. Gone way too soon. 🙏🏼 #RIPMACP
“MF” video is out now! Hit the link in @1takequan bio to watch! Single is available on all platforms! Shot by @bobbyastro Prod by @prodbylowthegreat & @prodbyromo • • #1TakeBoyz #1Take #1TakeQuan #1TakeJay #musicvideo #stream #watch
New “MF” by @1takequan feat. @1take.jay OUT NOW on all platforms! Visual for it coming soon! Until then, stream it like crazy! • • #1TakeQuan #1TakeJay #1Take #newmusic