I’ve been told to shed a little more light on the struggles that I go through as I continue to maneuver towards my goals. As I begin to do that, I hope my words aren’t perceived as complaining or being ungrateful.
I can assure you that’s not the case.

The first quarter (& some weeks) has come to an end. The unsure-ness of where life is leading me continues to follow me like a little gray cloud that rains at the worst of times. Right now as I type I’m filled with so much happiness, I’m so grateful for all I’ve overcome, yet I still feel sad. It feels like something is missing because nothing is concrete yet. It’s really weird. I don’t know why I feel this way or how to handle it. These past 3 months have shown me why I love hard, work hard, & how I can achieve anything I set my mind to. Yet something is missing… It’s scary. 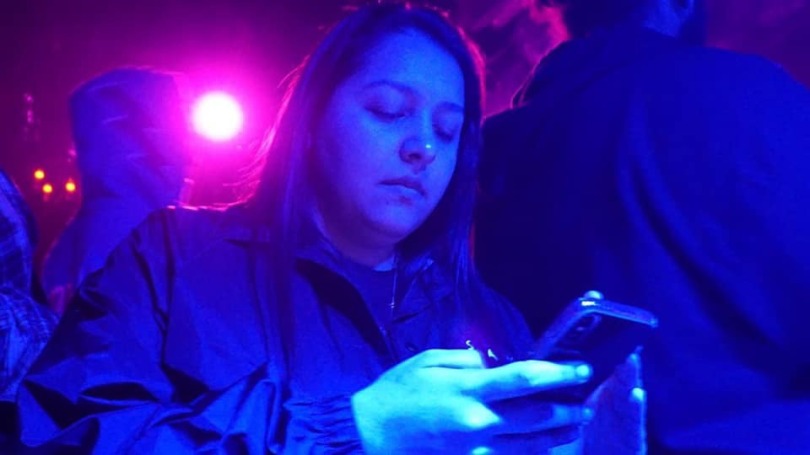 The end of 2018 contained a lot of confusion as it was one of the best years of my life to date but I was also weirdly unhappy more than most of the time. Especially towards the end. I’m not too sure if it was me hitting another birthday, preparing for the goals of the upcoming year, or the thoughts that crossed my mind about leaving certain things behind. The new year seemed to hold a lot of promise but I didn’t hold onto that for survival as words hardly match actions & I was right. I felt like I was constantly taking five steps forward, then two steps back. Nothing seemed right, & with my already negative mentality, everything that was good was just too good to be true.

From the outside looking in, I was in a good space. Surrounded by ones that I call my brothers, heck, these past few months I definitely saw them more than I saw my own blood brothers. I was constantly praised, protected, & loved so much that at the end of the day I would drive home & not be able to comprehend why I was being embraced in such a way. Could you believe it? Having known these guys for almost 3 years & still questioning why I was cared for.

There’s a small part of me that knows I’ve truly earned certain things because I work damn hard for all I got, but still, I’m unsure if I’m meant to have all of it. I keep telling myself that things might feel like they’re falling apart so better things can come together, but waiting for things to fall into place is just as terrifying cause what if it never does? I’ve learned that I can’t handle life’s drastic changes unless I want them to happen & this, this is my karma for making drastic changes at my leisure. Now, these changes are coming when they should apparently & I have no choice but to learn how to maneuver through it.

I was beginning to question myself with an assortment of thoughts that went something like, “Is this it? Are you even good enough for this if this is it?” A horrible feeling that began to drag me down & unmotivate me. So I did what I do best. I worked.

I tried to drown myself in work because at the time working is what made me happy. Being around my teams would bring me so much joy but somehow I just ended up feeling broken & everything was exhausting to keep up with. The tasks began to feel like chores, just a thing to make the time go by, & that terrified me as well because I didn’t want that feeling to show in my work. With my happiness continuing to fade that brought upon more questions about my so-called ‘talents.’

“Did my talents really lead me here, or was it my willingness to make myself available?”

“Is this my passion, or is it a distraction just in case I don’t make anything else of myself?”

“Am I a good host, or are the homies just being nice because I pull up every week?”

Still, I did my best to continue to work hard because if I’m not good at something, I know my work ethic & my ability to try is something that I carry proudly. Yet, with the thoughts that continued I began to hand tasks off to others. Thinking it was best because I wouldn’t do it justice myself anyway. If I’m being honest, I’ve been doing that for a while, & those close to me are aware of that too. Some actions led me to believe my thoughts were correct though, as nobody tried to prove me wrong. Now a huge part of me believes I don’t really deserve anything at all, even if a teeny-tiny-microscopic part of me knows that I do. That thought of ‘you deserve this’ still isn’t big enough.

I don’t blame anyone else but myself though. My teams have been great for the most part, & it’s nobody’s responsibility to baby me or my thoughts. Life (& this industry) don’t work that way. I just wish I could rewire the way I think. I know I’m needed, I know my so-called ‘skills’ are appreciated, I know I’m not alone within my so-called ‘struggles,’ but it doesn’t stop these thoughts from coming. That is the initial struggle of the moment, but I’m fighting it.

I’ve sensed this conflict growing for months & as the new year began I promised myself that I would combat that way of thinking. I told myself I would embrace more of myself, erase the labels that I’ve been carrying with me since I was a child & be me (more). Whether that meant stepping away from certain things & branching off on my own, or simply taking more pictures to begin the journey of self-love. I was going to do it, no matter how painful it would be at first. 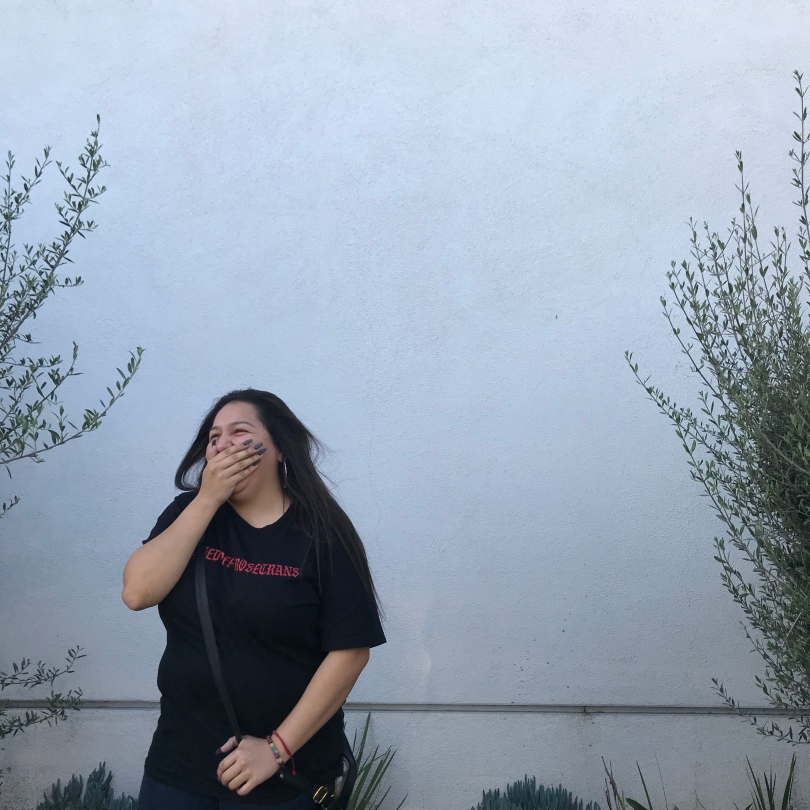 So, I started the hashtag #FlicksOfMeAll2019, for myself of course. Stupid, I know but hear me out! Feel free to go ahead & give me some likes too, I’ll wait… The idea wasn’t even to take selfies. I wanted more candids, really. Pictures of me with the homies, maybe some of me laughing, & just enjoying the moment. Even though I was really sad, I still had mini-getaways where everything was fine for a bit & that is what I wanted to remember. I hoped it would spark something positive in me & hopefully spread. Three months in & I can honestly say it’s working a bit.

I began to step away from things that made me think bad about myself, even if I was being praised for the ‘good job’ I was doing. It doesn’t matter what anyone says if I don’t believe it, & that is where more unhappiness stems. You see, the way my mind works is pretty fucked up & to combat that I needed to find the praise I was being given from my brothers within myself. I began to slowly mentally prepare myself to leave certain things behind so I can work on my own endeavors, hence this blog post. Preparing myself for that wasn’t easy as I cried for months before even voicing me leaving to my team. I felt like I was going through a breakup & the ones I would go to with that pain were sort of causing it without even realizing. I scared myself into thinking they’d hate me for leaving, call me selfish, & that I’d eventually lose them altogether.

I told myself even if they were mad (they’re not), it’d all turn out for the best in the end. I felt I didn’t contribute much while being on air with Rosecrans & if I did it wasn’t good content, so I left. I wanted my voice to be heard, but why should it be heard if nothing good was said? Ah, my bad mentality coming out again. *shrugs* I know that leaving doesn’t really help, I’m not here to argue on whether that was a good choice or not. The decrease in confidence when those mics turned on was a huge dilemma for me. I need to have my confidence be at least 80%+ on & off the mic.

Letting go of the only access I had to my dream because of some negative thoughts may seem careless or soft to most, but since I have the luxury to come & go from the team at will, all while having them fully support those choices is a blessing. Stepping away for my mental is something I felt I needed to take advantage of, as life doesn’t always give one that luxury. Don’t get it fucked up though, your girl still writes for the team.

Speaking of the team, I flew on an airplane for the first time in the middle of March for SXSW with those same guys I call my brothers & then some. It was something I was glad I was able to tackle so I can continue to travel more as being on a plane scared the crap out of me. I realized a lot about myself on that trip, mostly that my ‘Mama Bear’ mentality is extremely real & if my own kids don’t kill me from stress in the years to come, the guys most definitely will.

That’s pretty much how the first quarter is going. It began really rocky & I know this post sounds like I’m bitching but it’s honestly what’s been on my mind for a while. I’ve been told countless times how life seems good for me, & it is for the most part. My family is healthy, we have a roof over our heads, I’m literally living the dream of working with some amazing teams, working shows, I can go on… Those are all temporary things. I wasn’t handed any of that, & I say that proudly. With social media, I only post my highs, when a majority of the time I’m really low. I just want to share my highs & my lows. I want to continue to show anyone who reads these posts of mine how I’m becoming comfortable outside of my bubble. Becoming unapologetically myself. From letting the fangirl in me show, wearing no makeup & bumming it, to being the smart ass that I am.

The first quarter is done & it’s all about growth.