The world is a few hours from the new year & the public is acting like ten years hasn’t passed before. Social media began its tirade of ‘new year new me’ posts in various forms since December began, & I’m pretty sure if we were to look up posts from this time last year, it’d be similar. Same phrases just arranged a little differently, but hey, I’ll let people live. I’ve been there too…

The new year doesn’t look dull, no new year ever does now that I think about it. Especially since my start within the industry. Not to say that I’m so well-known because I have a long way to go, it’s just I never truly know what the year will hold. My expectations are low, as I’m getting used to going with the flow of things. Including the people who are changing right before me, or showing their true selves I should say. I’m becoming okay with all the changes though, it just says more about those people than it does about myself. I’ve begun to accept that it’s life, & there’s nothing I can change about it.

This last quarter had me ducking & dodging plenty of punches, but man, life got me good a few times. Whether it was knocking the air out of me, giving me a few dazed ‘what the fuck’ moments, or even knocking me out cold with no choice but to rest up & reflect. It’s what life is supposed to do, I guess. I just thought I had it all figured out for once!

When I become involved with something, I dive fully into it. I make it my world, my everything, my only focus & within the month of October leading into November I realized that it’s not healthy for me. Especially when it’s not something I need to do for the time being.

With my show being on a mini hiatus because Dash Radio headquarters is under construction, I was at a loss of what to do with my free time. The week before they closed I knocked out as many interviews as possible & then it was time to wait until they aired. With that, I had freed up all the time I used every week to prep, from editing, downloading music, creating graphics, my weekly routine was thrown off & I felt lost.

The feeling of being useful faded until the Monday a new episode aired. Even then, sometimes it aired late because of technical difficulties & I was at a huge loss for confidence. Even though when things like that happened, it was out of my hands, it still struck me with the thoughts of, ‘This is what I’m worried about? Everything else going on around you & this is what makes you feel like you’re not good enough?’
When taking into account everything that goes into submitting my show, the hardest & most time-consuming part of it all was done, why was I not feeling good about it?

Since I would allow my show to consume most of my time (which I was perfectly fine with), when it came to a halt I didn’t realize how much I let it consume me. I was working towards this goal for years! Now that it was a reality, I allowed it to take over as if there was nothing else to do in life, & within the past few months, that was my reality. If it didn’t have anything to do with my show or my source of income, then I didn’t care as much. That is where I fucked up.

It’s kind of like a relationship, how the sayings go ‘Don’t make someone your whole world..’ that’s exactly what I did with my show  & without it, I was slowly watching (what I thought was) my only purpose fall away from me. Even if it was just for the moment. I’m good now though. Since then I’ve learned to balance my free time, time for my 1TakeBoyz, & anything else that was needed of me by the homies. So I found little doses of purpose here & there that opened my eyes to other opportunities. There’s more out there in the industry for me than talking into a mic, & the great thing is, I can do all those things with no problem if I balance my time right.

I am going to quote my favorite artist coming out of LA right now & the lyric goes, “To be in my position you can’t work with your feelings.” When I first heard that line, a lot of things came to mind but it became more & more heard & struck a chord as I began working closely with ‘friends.’ It’s crazy what will come out of people’s mouths when they find out that I can’t be used to their advantage or when others don’t know how to follow directions & are looking for someone to blame.

If I were to let my emotions take over when things are said or when little subliminal remarks are made, (I feel) I wouldn’t be able to do my job correctly. Sometimes the ones that surround us are filled with a huge sense of entitlement & at the end of the day, as long as the tasks that were given to me are completed, everything else goes to the backburner. Including the guestlist. 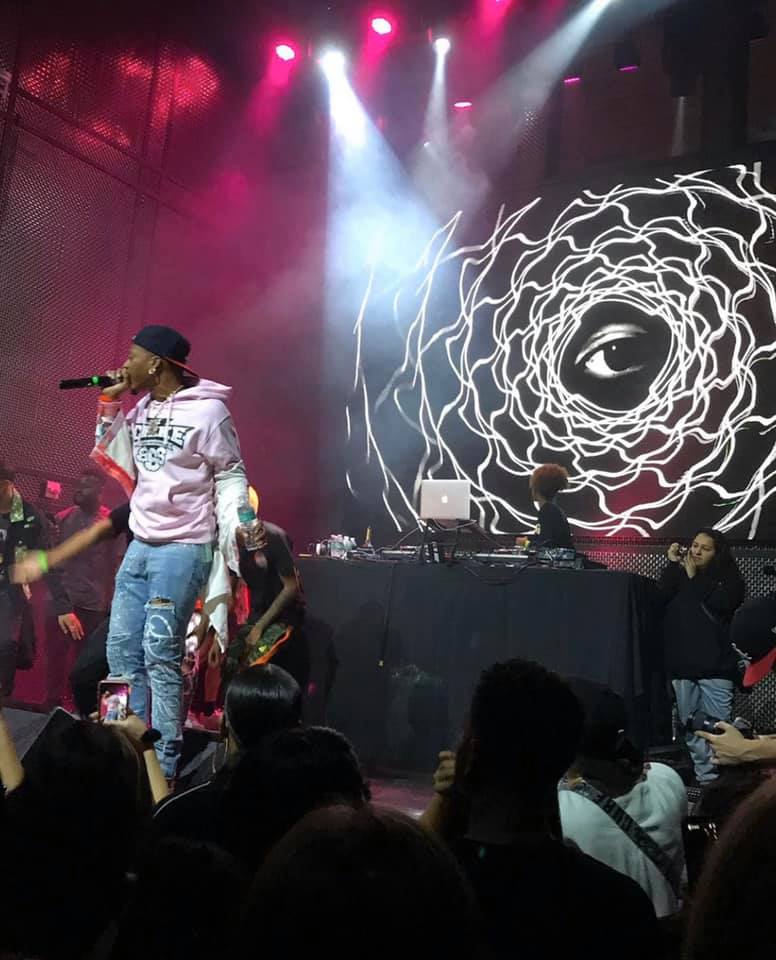 I learned a lot about myself on my birthday this year. Birthday’s have always been horrible after having my Sweet Sixteen. I had awesome birthday parties growing up & I seriously feel like I wasted all my juice early on in life & since then, it’s just another regular day that is ruined by my unrealistic expectations. Nothing out of the ordinary to be honest.

This year, I had all these plans for my birthday… I wanted all my homies to celebrate with me. Just enjoying myself with the ones I love for once, no worries about driving home or wondering what’s on the schedule for tomorrow. My birthday landed midweek this year, & the weekend before & after my close friends had shows out of state or hours away. It was disheartening & I honestly wanted to just stay home & do nothing but be a lazy bum with the family. I have some good friends that didn’t allow that to happen though.

I ended up hitting everyone within my texts super last minute to meet me at their local Dave & Busters… I truly expected nobody to pull up beside a few close friends. With the way my mental works, I was just super grateful for the love I was being shown on social media & accepted it for what it was. Even then my little dark cloud followed me because I’m so used to thinking negatively, I felt like I was only being told HBD to maintain the relationship opportunities that a lot of people want from me. This is a horrible way to think, I know, but then I took a step back & realized that more than half of the people reaching out have shown me numerous times that the love they have for me is real. So I had no choice but to snap out of it.

I’m so used to being used & not appreciated, I’ve grown accustomed to thinking all the love is fake & then I’m not able to fully embrace it when it indeed is real. As I sat at D&B this year, I realized that I need to let my guard down for a handful of dope individuals that shouldn’t be questioned unless they’ve given me a reason to. So, my birthday might not ever go as planned, that’s fine. From now on I hope to embrace the love I receive throughout the year, whether it’s my birthday or not. At the end of the day, my intentions & love for others is pure, the universe will handle those who don’t reciprocate it in its own way.

The last lesson I’ve begun to fully embrace this year is something that’s always bothered me but I’m barely coming to terms with it. Fear of missing out, otherwise known as FOMO. I always regretted missing shows, not wanting to go to things alone, all that good stuff which I combatted with making sure I didn’t miss things the second time around & eventually venturing out alone. Those little tricks haven’t been helping the past year when it’s other tasks that are keeping me from missing certain things & I just have to learn to accept it.

With having to work with some of the hottest talents coming out of Los Angeles, it would only be a matter of time before all their schedules begin to collide with each other & eventually, monumental stuff is missed. Events happen, shows go on, & the guilt I carry is only within me. My friends know I don’t miss things on purpose, I love being involved, I love being included, I love being able to witness music history with my own eyes. When it just so happens that I have to miss things because of other obligations that are also a part of this music history, it’s understood. I can’t be everywhere at once, & at the end of the day, I’m grateful beyond words to be around 1TakeJay & the rest of 1Take to make sure those moments are run smoothly for his path in music history. 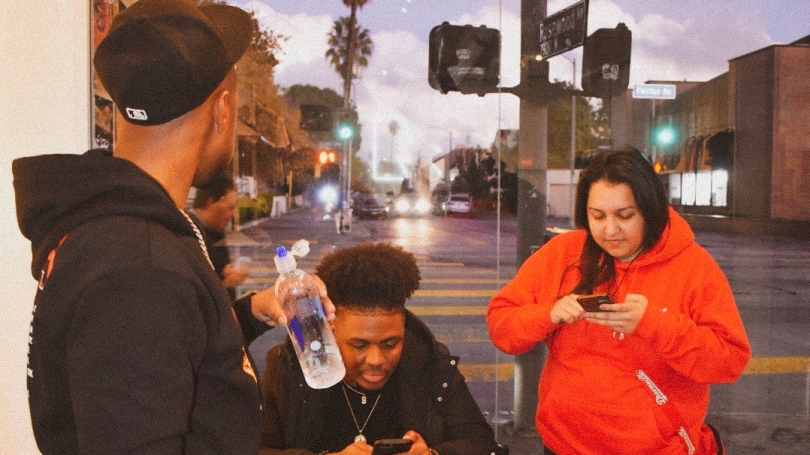 This year was a long one, & honestly, I wish each year passed at the same speed like this one. Others have been too quick, maybe it was because I was in a rush to accomplish things so I didn’t enjoy the moments. This year though, I was able to sit back & watch myself as well as my teams & close friends flourish into the great stars that I’ve always believed them to be.

If you’ve been keeping up with me each quarter, then you’re aware of the gains & losses that 2019 had in store for me. The lessons that I hope to never relearn. I wish to just embrace them & grow the confidence to take on the next one life has for me. As much as I’d love to continue ducking & dodging, I have to learn to take a hit & come back from it stronger. 2019 showed me what I’ve always been capable of, I just needed to be put into a position where my skills are useful & appreciated. Truly thankful for my family, friends, my 1TakeBoyz, & everyone else in between that has loved me unconditionally throughout the year. Hoping to make more memories with them into the new year & the rest of my life. To more dope shit, 2020 & beyond. *Cheers*

Special guest Griff Tyler (@iamgrifftyler) speaks on the beauty of having fans & listeners interpret the theme of his latest release “Play Your Cards Right”!
New episode with special guest @iamgrifftyler is OUT NOW!
#ICYMI C5 (@officialc5) stopped by the studio to discuss his “Swimming With a Pisces” release! It’s always nice to get more of an insight on a project from the artist himself!
New music for y’all to catch up on this weekend.. Did we miss anything?
New episode with special guest C5 (@officialc5) is OUT NOW whenever you listen to podcasts! ☺️
Today marks 2 years since we’ve lost The Great Nipsey Hussle. 🏁 We’re pushed by his example, his wise words, & his music daily. Every artist, creative, & fan has been inspired or motivated by him in one way or another. Almost every interview we’ve done he is mentioned as an inspiration, & we only hope to continue to keep his memory alive the best way we can.🙏🏼 #TMC
Our next special guest is artist C5 (@officialc5)! We’ll be speaking on his newest project “Swimming with a Pisces”
#GiggsMusicNews: GATSON (@iamgatson) releases his “Holding On” EP!
#GiggsMusicNews: @bluebucksclan (@jeeezyobama & @bluebc_dj) release “Clan Virus 2” 👀🔥